OGC Nice and its equipment supplier Macron unveiled this Friday the new jerseys that Lucien Favre’s Aiglons will wear throughout the 2022-2023 financial year.

Three for the price of one. Where the majority of teams are used to unveiling their new shirts in dribs and drabs, logically starting with the home before letting the suspense last a bit, OGC Nice and Macron have, like last summer, unveiled this Friday the three new jerseys that Lucien Favre’s players will wear during the 2022-2023 season.

For this season, which marks a new start, OGC Nice wanted to bring its jerseys out of the professional team’s locker room, to pay tribute to all those who make up its universe.#OGCNice X @MacronSports pic.twitter.com/y6kLDTrIE5

Through the Nice press release published for the occasion, the residents of the Allianz Riviera explain that they want to pay tribute to all those who make up their universe. “This is why, alongside the bosses of the group, Dante, Todibo and Delort, other profiles feed our presentation clip, in order to draw a collective reflection of the world after. » We find in particular Didier Digard, emblematic figure of the Azureans and current coach of the reserve, but also for example the Olympic pursuit champion and winner of the Tour de France Geraint Thomas (INEOS Grenadiers).

A slight downgrade for home

Regarding the home shirt, the Italian brand, present alongside the Aiglons since 2016-2017 until 2024, has combined classic and modernity. The traditional red and black colors are indeed present on the front, with the irremovable vertical stripes. However, at the level of the Nice crest, always placed in the same place, there is a kind of gradient melting towards black at the level of the left shoulder.

A gradient that can also be seen on the lower right part of the jersey. This black color is also found on the two sleeves, adorned with white and red edging. Macron’s logo is white, as is main shirt sponsor INEOS, majority shareholder of OGCN. This home shirt comes with black shorts and black socks.

A clean look for the away

Unlike the previous away jersey, this new away creation is white and comes with the historic colors of the Riviera club, black and red. On a white background, two vertical black stripes frame a single red one, crossing the jersey from top to bottom. They are, however, cut by the main shirt sponsor, INEOS. 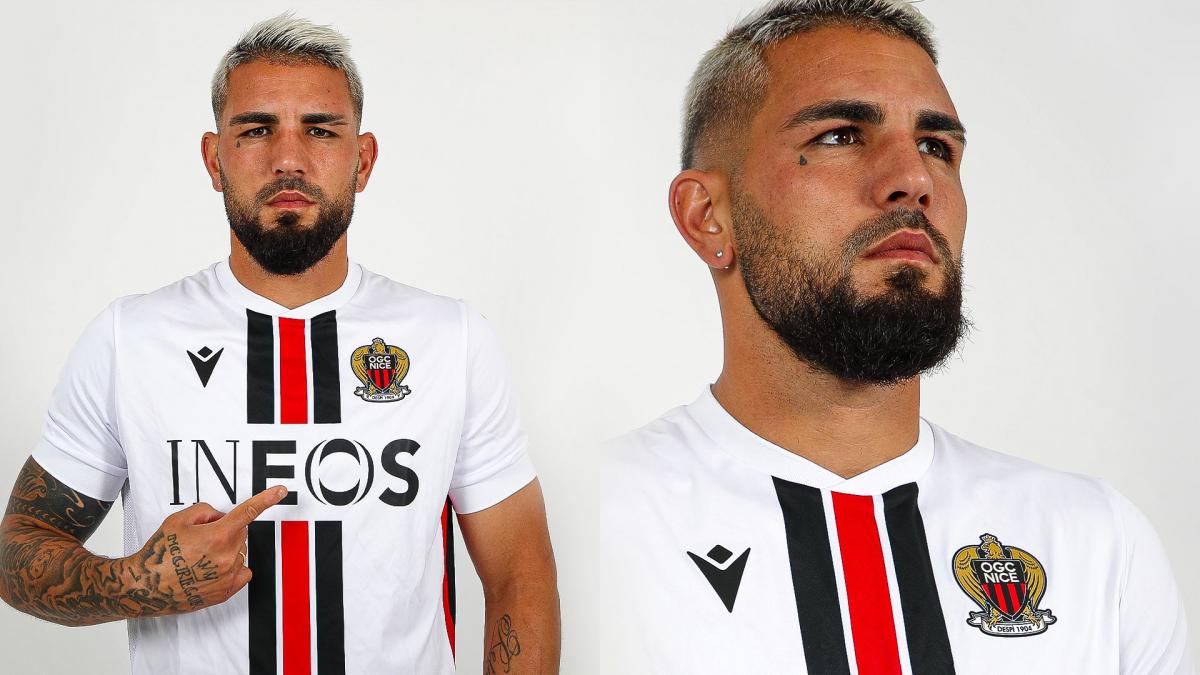 Macron’s logo is shown in black. This exterior kit has a relatively clean style. Note that white shorts and socks of the same color complete this OGC Nice tunic.

A more fanciful creation for the third

If the first two aforementioned elements are intended to be rather classic, without taking great risks, it is difficult to say the same for the 2022-2023 third jersey. Macron has chosen to mix purple with orange. 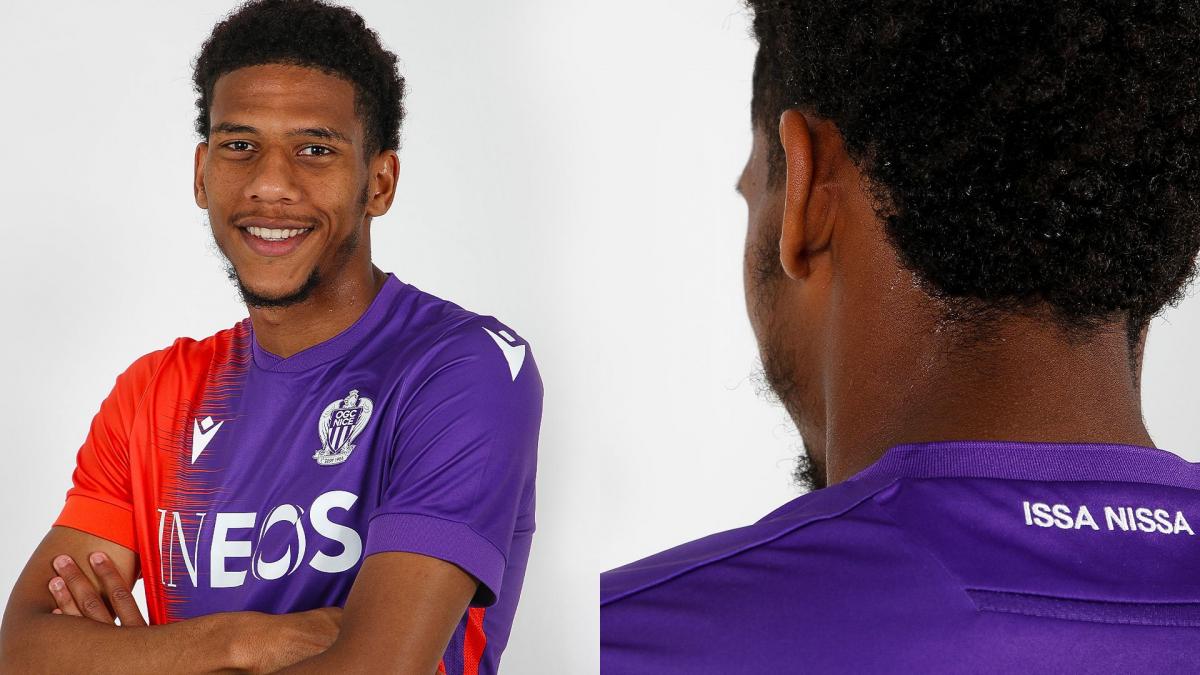 The purple part, wider and starting from the left, dominates this outfit. The orange color taking over after a fade in the form of a zigzag separates the two parts. The INEOS inscription remains white, like the logo of the Italian equipment manufacturer and the Nice crest. Finally, the shorts and socks are also purple, as if to better assume this whimsical and original side to the end.