Discover the detailed summary of Plus belle la vie in advance episode 4527 of Tuesday April 26, 2022 broadcast on France 3. Gabriel has decided to seek evidence against Anthony in order to prove his innocence. Kevin and Laetitia are freaked out, Martial a police colleague has been kidnapped by Jacob. 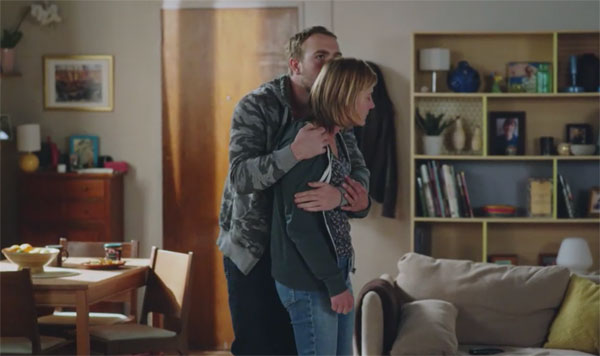 Kevin tries to reassure Laetitia his mother as best he can

Jacob listens to the police radio…Ariane and Mathieu found the position of Jacob’s van to be odd. Mathieu gave the registration to the exchange…they try to follow him but they lost him in the streets.
Jacob had an unconscious man in the back of the car.

Gabriel’s meeting with the council of the order is scheduled for this afternoon. Céline briefs him on what to say…he must talk about the patients to show his empathy and to break his

Gabriel explains to Céline that he is sure he was tricked into the operation. He thinks there was a falsification in the drafting of the operating protocol. Thomas and Céline think that Gabriel is fantasizing.

Vidal’s towels have shrunk…it’s because of what Silvia did. A machine at 90 for linen towels…that way when he gets out of the shower, it’s even more.

Boher calls Laetitia to find out if Kevin is by her side. She confirms he is fine in his room. In fact, it is a certain Martial who was kidnapped by Jacob. 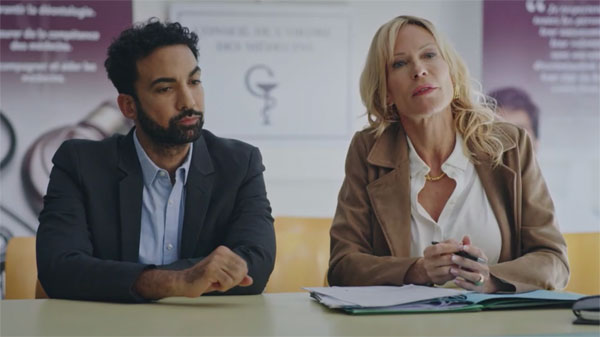 Céline abandons Gabriel who does as he pleases

Kevin is in shock, Martial is the guy who replaced him yesterday at the hideout. Laetitia is freaked out… Kevin decides to go back to the field to help his colleagues.

Gabriel succeeds in understanding with Cédric that it is Anthony who trapped him during the operation.
Gabriel tells Celine he’s innocent…he never makes mistakes.
On the day of the interview, Gabriel denounces Anthony as the culprit…he says he did not make a medical error. Céline is uncomfortable, it was not planned like that. 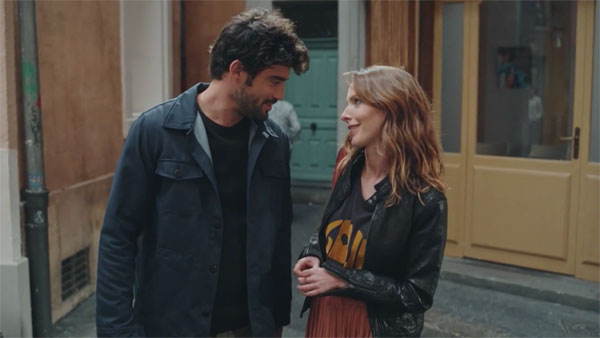 Camille comes to Baptiste… she tells him that she thinks Kevin will get back together with Emilie. Baptiste tells her that he doesn’t understand why she is staring at Kevin. Camille explains that she can’t forget Kevin.
Baptiste explains to Camille that Kevin is his best friend…and he knows very well that between him and her it won’t work.

Romain Vidal is on shopping chore, Estlle sees him with his shopping cart. Romain admits to Estelle that he didn’t get his bearings at the roommate…he finds the general atmosphere a bit oppressive. Estelle thinks the girls are disturbed by her presence. Romain finds the girls beautiful and nice but no one interests him.

More beautiful life in advance episode 4527 of April 26, 2022: Gabriel does not want to recognize his guilt 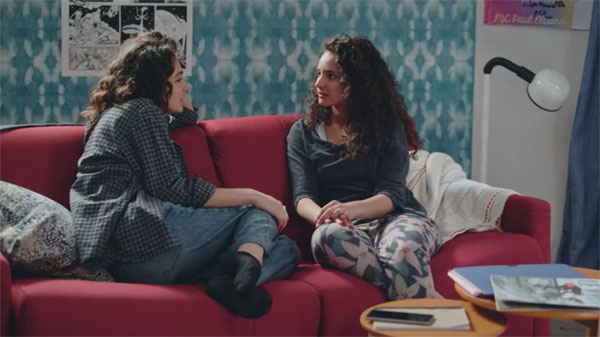 Emma is there for her sister

Gabriel has been struck off as a doctor…Thomas tells him that Céline no longer wants to defend him. Gabriel promises that he will find the evidence against Anthony. Thomas doesn’t want to dig with Gabriel when he sees him burying his dreams.
Emma offers Camille to enroll in a gym or an association…to take her mind off things and avoid thinking about Kevin. Camille says she would like to take drawing lessons.

Baptiste offers Camille to have dinner with him and Emma before leaving for the hostel. Baptiste makes a gesture for Camille because even if she is weird, it’s family.

Romain did the shopping but he got stuck in some items. Emilie finds that Vidal is shaking, he must be very stressed.

The highlights of Plus belle la vie of April 26, 2022: what to remember

Romain finds it difficult to integrate into the roommate

– Martial a colleague of Kevin was kidnapped by Jacob
– Romain finds the roommate atmosphere difficult
– Gabriel denounces Anthony in a meeting facing the council of the order
– Céline no longer wants to deal with the defense of Gabriel
– Baptiste takes a step towards Camille, inviting her to dinner with Emma

To be continued the complete summary of Plus belle la vie in advance of Wednesday April 27, 2022 with episode 4528.

Comment on the episodes on the More beautiful life forum and find the list of actors in the cast of the series. To note that the stop of Plus belle la vie is a possibility for the end of the season in 2022 due to the ratings at half mast.