Discover the detailed summary of Tomorrow belongs to us in advance season 5 of episode 1172 broadcast on Tuesday April 26, 2022 on TF1. Ophelia triggers a voluntary explosion of the mas and 5 key characters of the series are in mortal danger. Who will die? Who will survive? Stanislas triggers the mistrust of Sébastien and Victor.

The complete recap of the DNA soap opera of the episode in advance of 04/26/2022. Find the #TomorrowWeBelong spoilers in preview, everything you need to know about the episode. 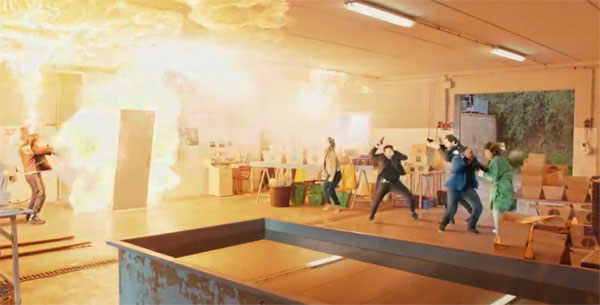 Drama in DNA, explosion of the mas … everything goes up in smoke and 6 people in danger

Chloe had trouble sleeping, she constantly thinks of Anthony and Ophélie…she thinks she’s going to want revenge. A police car is parked in front of the police at all times.

Charlie thinks Ophelia is sick, she dragged Anthony into this story. Charlie tells Martin what happened. Charlie feels that Ophelia has hatred against Chloe.

Charlie says she wasn’t the one who hid the gun in court. Martin tells her that she is free, he tells her to take care of her.

Jahia is going to see Irene in the visiting room today. As she leaves, Angie drops the pill from her bag…it’s Cédric who picks it up.

Stanislas helps Camille revise her SVT lessons. Raphaëlle is happy that the agreement is good between Stanislas and his daughter. 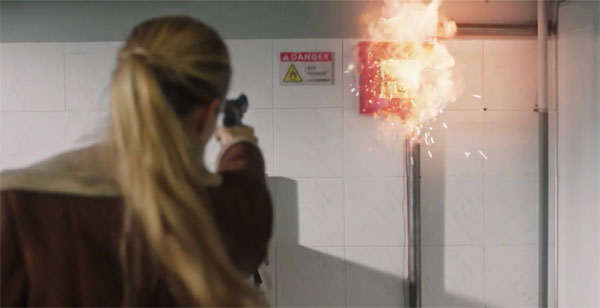 Ophelia starts the fire, she would rather die than surrender to the police

The transfer of the 2 million Morenos has been blocked. Martin has confirmation that Ophélie has an accomplice in Sète.

Noor sees that Cedric is worried, he tells him that he saw Angie taking the pill at 15. Noor explains to her that Angie saw Samuel to get the pill. Noor is furious with the reaction of Cédric who reproaches her for not having spoken to him.
At home, Cédric gives the pill back to Angie and tries to have an explanation with his daughter. Angie is drunk, she doesn’t want a family debate about her sex life. 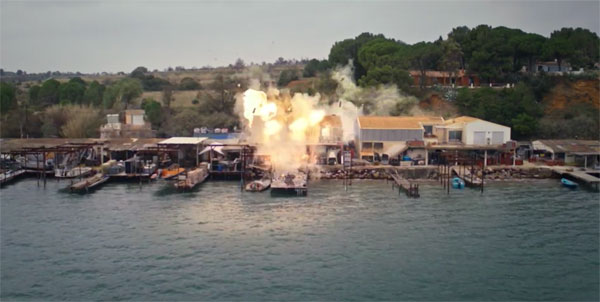 It’s the end of Alex’s farmhouse… what will become of Jeanne’s oysters?

Victor tells Raphaëlle that he finds Mr Scooter too perfect to be honest. Victor thinks Stanislas is a manipulator. 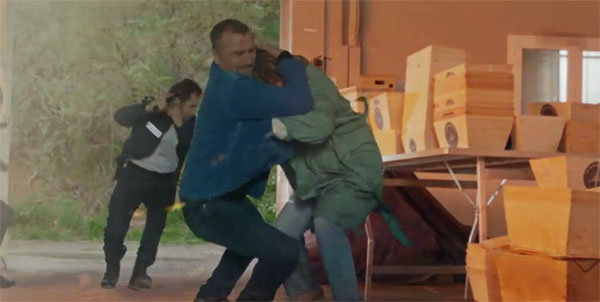 Alex protects Chloe during the explosion

Charlie is back at the Moreno house. Sylvain ordered sushi to please Charlie. She starts crying.
Charlie tells the Morenos that she blames herself for putting them in danger. She regrets having called and having gone to see Anthony in the visiting room. Charlie thought he’d changed, but she’s just doing bullshit. Christelle tells Charlie that she considers her her daughter. 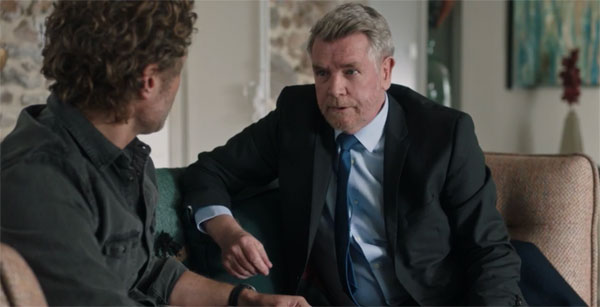 Sébastien tries to trap Stanislas because he is suspicious of him

Sébastien and Camille have lunch at the Spoon. Camille says she has Maud on the phone every day. Camille praises Stanislas for helping him with his revisions.
Sébastien thinks that Raphaëlle is generous to welcome Stanislas like that… when the relationship has just started. Sébastien thinks that Stanislas does everything he can to make himself appreciated (cleaning / meals). 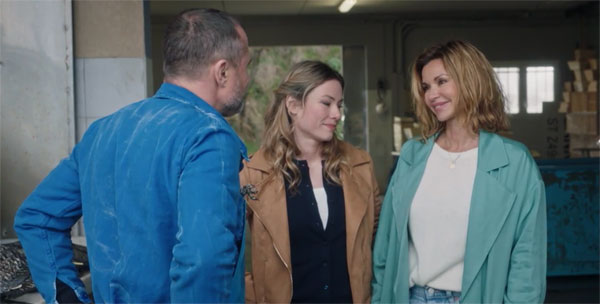 The calm before the storm for Alex, Anna and Chloe

Angie and Nathan are ready to make love, she wants to check first if she took her pill with the instructions. Angie can’t find the pill in her bag, they decide to stop everything.

Sébastien arrives at Raphaëlle’s, he finds Stanislas there on the sofa. Sébastien tells Stanislas that he is worried about his daughter: he asks him if Raphaëlle has told him about her difficulties at the office. Stanislas says she didn’t tell him anything.

Tomorrow belongs to us in advance episode 1172 of April 26, 2022: Anna involved in the Messy affair in spite of herself

Anna picks up Chloé after school, they decide to go to the farmhouse with Alex. Ophelia follows them in the car.
Roxane manages to locate Ophélie Messy’s phone as she heads for the farmhouse: Martin warns Karim and Nordine is the closest patrol.

Stanislas is benevolent with Camille, he helps her with her lessons

Stanislas tells Raphaëlle that he feels guilty for spending the day doing nothing while waiting for sponsors. He thinks about the insurance to find him an emergency accommodation. Raphaëlle tells him that he has nothing to worry about: she is the owner. Stanislas then offers to pay for the races or certain bills.

Ophelia threatens Alex, Anna and Chloé with her weapon: Alex stands in front of Chloé. Ophelia says that because of Chloe, Anthony agonized for days. Karim and Nordine arrive, they ask Ophelia to drop her weapon.
She replies “go crazy ***” and she shoots the fire box of the farmhouse and everything catches fire. Karim, Nordine, Anna, Chloé and Alex are in mortal danger. The mas is over, it explodes.

The highlights of Tomorrow belongs to us from April 26, 2022: what to remember 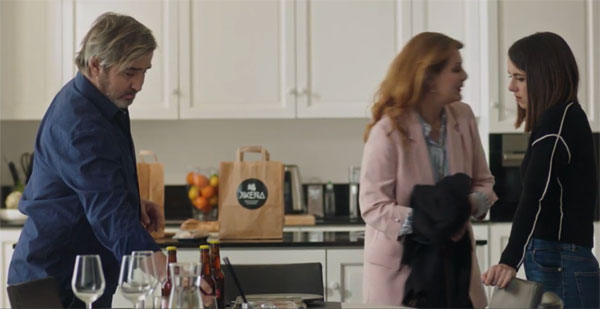 – Ophelia ready to die, sets fire to the mas
– Central characters in mortal danger: Alex, Anna and Chloé but also Karim and Nordine the son of Martin
– Sébastien Perraud tries to trap Stanislas
– Victor thinks that Stanislas is a manipulator
– Angie is drunk on the family debate on her pill
– Charlie is exonerated and pardoned by the Morenos

To be continued the summary Tomorrow belongs to us episode 1173 from Wednesday April 27, 2022.